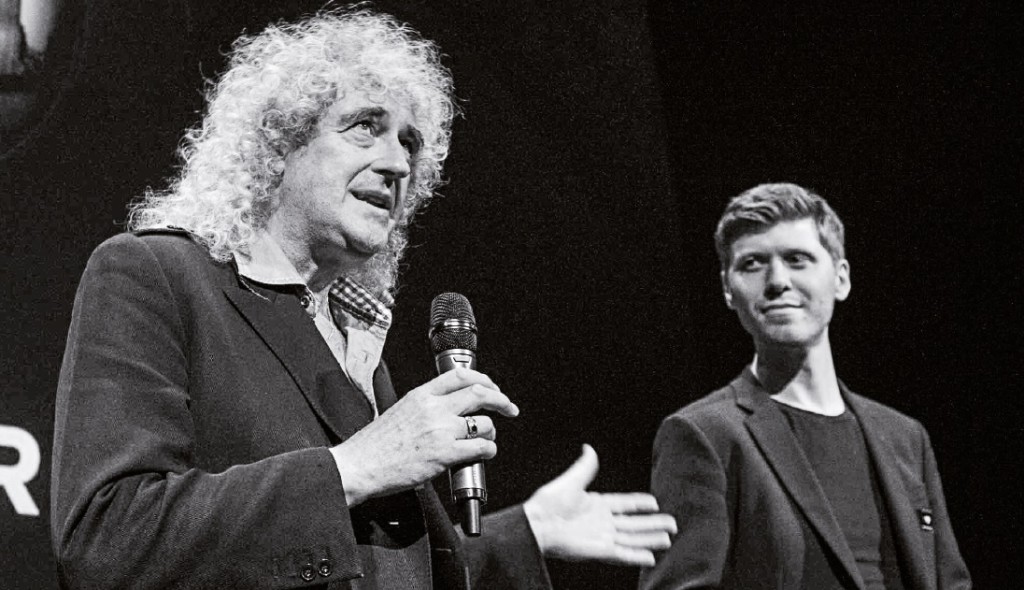 Along with Dr. Brian May – astrophysicist and famed guitarist of legendary rock band Queen – Danica Remy and Rusty Schweickart, Grigorij Richters is one of the four co-founders of Asteroid Day. Their goal is to contribute to a public awareness of the Earth’s vulnerability and the realization that Asteroids hit our planet all the time. How can we protect ourselves? Grigorij, who participated to ICT Spring last week, tells us all about asteroids and the creation of Asteroid Day.

How real is the asteroid threat today?

The threat is certainly very real. Ask the dinosaurs! Joking aside, I wouldn’t consider it the main short-term threat to humanity. But it should certainly be on the list of major long-term threats to our planet and life on Earth. We don’t really know when we’ll get hit by another really big asteroid. NASA, ESA and other private and pu­blic organisations are doing a good job at finding and tracking new asteroids every night but they have very limited resources for this kind of work and that must change if we want to be better pre­pared against the next big asteroid as finding them early is crucial. We currently only know where a very limited number of asteroids are and have spotted just about 15,000 in our solar system. We are confident that there are Millions of small and large-sized ones. More work definitely needs to be done!

How and why did you create such an initiative?

I am a filmmaker. 7 years ago a good friend of mine, the late great Elliot Taylor, came to me with a BBC documentary on asteroids. I became immediately fascinated by the subject matter and made a feature film about the topic called 51 Degrees North. I met Dr. Brian May, the legendary guitarist of the band Queen, who is also an astrophysicist. He immediately agreed to compose the music for my film and introduced me to Danica Remy who runs an organi­sation that develops technologies to detect and deflect asteroids, B612. My film was premiered at a festival called STARMUS where Stephen Hawking was the keynote speaker and seemed to like the film. He said we should be raising more awareness about the asteroid threat; I went back to London very inspired! Danica, Brian, Apollo 9 astronaut Rusty Schweickart (who is also a co-founder of B612) and myself decided to create a day for awareness. We picked June 30 as the day because on June 30 1908 a 40ish meter sized asteroid exploded over Tunguska Russia destroying an area the size of London.

We created the day with the hardworking men and women in mind. We wanted to create a platform for anyone working in this field and also to highlight the work that is being done. Students, the general public, teachers, scientists, artists, Governments etc: everyone needs to be involved as this global problem affects us all.

The Asteroid Day adventure has met amazing success and immediate legitimacy. Are you surprised of it?

More than a wake-up call, what are the technological innovations and programs financed in order to secure planetary defense in the years/decades to come?

There are many programs and missions that are currently being developed. There is notably the AIDA mission which is a coopera­tion between ESA and NASA. If the mission gets funded, it would be humanity’s first attempt at deflecting an asteroid. NASA also recently launched OSIRIS-REx to the Potentially Hazardous As­teroid (PHA) Bennu. Hopefully, NASA will fund NEOCam which is a space-based telescope to find new asteroids. B612 is at the forefront of developing technologies to protect our planet from asteroid impacts.

Then comes the Luxembourg space initiative… How did you come to envisage settling your base in Luxembourg?

It was certainly unexpected. I would have never guessed that I’d be settling into Luxembourg but I love it here! When the Govern­ment of Luxembourg and especially Etienne Schneider announced the Space Resources initiative we knew that this was an amazing opportunity. We are very excited about all the enthusiasm that can be felt across the country. It is a great place to be!

A Rockstar, several astronauts, a constant digital viral effect… what other ingredients are making Asteroid Day a must-attend event when it comes to the survival of the human species?

Well… this is a difficult one. There is simply too much going on! This year Asteroid Day will be celebrated as a United Nations day for the first time. We are planning a 24 hour Live broadcast from Luxembourg with several astronauts, asteroid experts and Government leaders. Thanks to our partners SES, OHB, BCE and RTL we will have our very own TV channel for 24 hours and bring some very exciting content to households across the globe. You will also be able to watch our program via any digital platform. We expect to have over 700 events across 100+ countries. The head­line is: It is a global issue and the globe is truly coming together for Asteroid Day to educate and raise awareness. I am proud to say that Asteroid Day is one of this planet’s largest educational movements. There is no other space related awareness day on this scale. It is not to be missed!

Your media exposition and figures have exceeded expectations and have attracted international partners. Are you open to welcoming new partners?

Yes. We are always to open to partnerships and cooperation. Anyone can host an Asteroid Day event. We do have official events or “Premier Events” which are hosted by individuals, partners or organisations we work closely with throughout the year. Anyone can submit a partnership request to partners@asteroidday.org!

Begin typing your search above and press return to search. Press Esc to cancel.