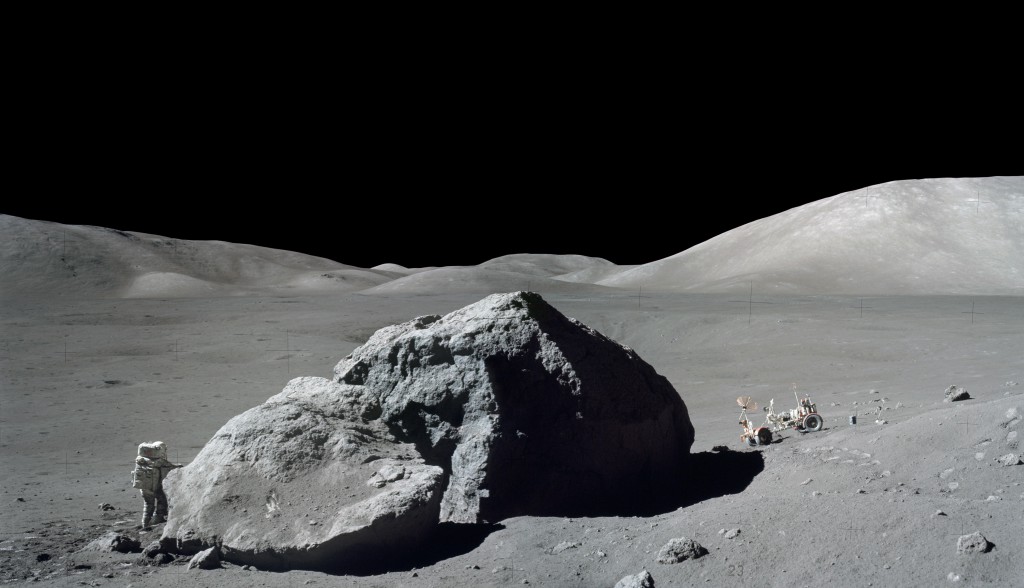 The conquest of space has always been a dream for thousands and thousands of young children. Chris Welch decided to turn his dream into his job. Professor of Space Engineering at the International Space University in Strasbourg, he is endlessly fascinated by space. He shared with us his passion, best memories and views on the future of the space conquest.

Where does your passion for space come from? When did it actually start?

I was eight years old when Apollo 11 landed on the Moon. This created a great interest in space for me which was strengthened through a reading of the adventures of ‘Dan Dare – Hero of the Spacefleet’ (a very famous character in UK comics at that time). During my teenage years, I had my own telescope and used to look at the stars. When I was seventeen, I joined the British Interplanetary Society. I have been a member ever since and am now Vice-President. For me, ultimately, humans have to go into space to preserve the species. If we stay on Earth, the human race will – sooner or later – end.

In the early 1990’s, you were one of the last candidates for an Anglo-Russian space mission as an astronaut. Is this still a regret for you today not having been into space? Years after, how do you explain while you were not selected for this mission?

I would have liked to go into space, and I still would! But there has to be a selection procedure to choose the best candidate. In my case, I was rejected because it turned out I have an imperfect left nostril (an occluded nasal septum). That is quite a humorous reason to be rejected, I think, so I don’t have issues.

Photography is one of your hobbies. Can you think of a specific Space photo?

There are many photos of space that make me dream. Choosing one is very difficult but one favourite, though, is a photo from the last US mission to Moon, Apollo 17,taken during the last of the three EVAs (Extravehicular Activities) that were performed by Gene Cernan and Harrison Schmitt.

This particular image is a composite assembled by the American photographer Andrew Light from photos taken by Gene Cernan. It shows Harrison Schmitt about to walk behind a feature known as Split Rock. For me, this encapsulates the beautiful desolation of the Moon, the drive that humans have to explore and the tragedy that this was the last time that humans went to the Moon while stimulating my desire for us to return there.

You were the president of the YuriGagarin50 Group. What does this flight evoke for you?

Yuri Gagarin’s flight was the first time a human being left Earth. For me, that is an incredibly important point in our evolution and development. Added to that, because Gagarin very sadly died, his image is frozen in time. In my opinion, he has developed an iconic status.

There are many talks about going to Mars. When do you think humans will be sent on it? At the present time, what are the main challenges and obstacles?

I think that humans will go to Mars in the next twenty years. Or maybe sooner, ask me again next October after Elon Musk makes an expected announcement about his plans for Mars and Space in general.

The challenges are getting to space and then to Mars safely, relatively cheaply, in good health and then surviving there. My personal obsession about living on Mars is about the potential effects of the very fine dust that exists there because the atmosphere is so dry, but also about what effects it might have on humans, especially if it gets into their lungs.

You support « Lunar Mission One ». Why does it seem so hard to go back to the Moon?

We humans have not been back to the Moon because not enough of us have wanted to. Getting into space requires a lot of energy and it is just as challenging as keeping humans alive in space. Neither is impossible, but they are expensive. If we want to go back to the Moon, we have to spend the necessary money and that means we need a reason to. In the past, this might be for political reasons or for scientific ones. Now, I think, we are starting to see commercial reasons for wanting to do this. Missions such as « Lunar Mission One » are commercial, involve many people and help to stretch the imagination of individuals and organisations about what is possible.

In the movie « The Visit », you accepted to be the first human inside an alien space ship. Would you accept that in real life? And how did you imagine the scene of the movie would be?

Yes I would do that in real life without any doubt. The director of the film (Michael Madsen) and I had spent a lot of time discussing it by email and online. In the context in question, I am a scientist-engineer-explorer, so I approached it exactly that way. The most important aspect would be that as much information as possible would be gathered and transmitted back.

Luxembourg has declared its intention to become a hub for asteroid mining. What’s your opinion on this project?

I think it is excellent. Luxembourg has been very successful with telecommunications. If the country could repeat this with extraterrestrial resources, it would both be good for the country and also stimulate space activities generally.