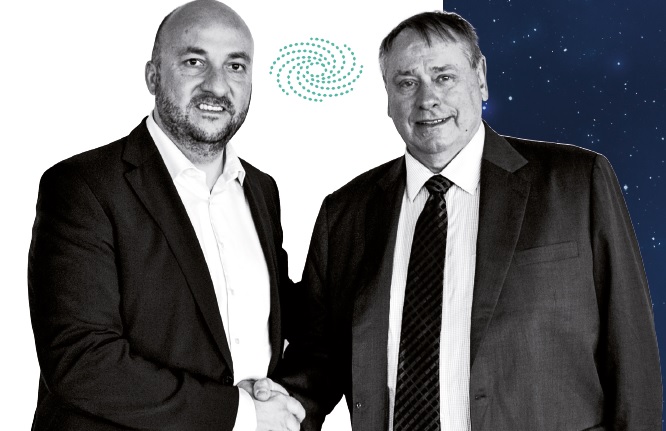 Pete Worden is the former Director of the NASA Ames Research Center. A recipient of the NASA Outstanding Leadership Medal, author of hundreds of publications and former astronomy professor at the University of Arizona, he recently decided to bring his expertise to Luxembourg by joining the spaceresources.lu initiative. Next May 9th and 10th, Pete Worden will also share his unique knowledge at the Space Forum.

You are today one of the most «luxemburgish» American space experts. When did you first get in touch with Luxembourg and its government?

A number of years ago, while I was director of the NASA Ames Research Center in Silicon Valley we had a Luxembourg post-doctoral researcher. My Center had the assignment of working with non-traditional international partners. My colleague suggested I visit Luxembourg as there is significant space interest here. I soon visited and met a number of Government Ministers, including Minister of the Economy Etienne Schneider. We agreed to hold a number of joint workshops between NASA Ames and Luxembourg on the topic of space resources. Two years ago, Minister Schneider contacted me to see if I’d be willing to advise the Government of the commercial opportunities in space resources and to help guide investment. I visit Luxembourg every few months as an advisor. And I am an enthusiastic Luxembourg booster.

We owe you, through Clementine, the mapping of the Moon in 1994, which showed that there was not enough water to support human colonization and a rocket launching station. How essential was this discovery when it comes to the conquest of space?

All historical explorations and settlements on Earth in past centuries required finding and using resources at the destination and along the way. Space is no different. The fundamental requirements for use of “in-situ” resources to support a permanent colony are water and carbon compounds – known as volatiles. Until we proved the existence of substantial deposits of such volatiles at the lunar poles with Clementine and the later NASA LACROSS mission, the Moon was an unlikely place for permanent human occupation. But with these resources the Moon represents the nearest place in space where humans can reasonably live.

You are in charge of Breakthrough StarShot, a project few know the importance of. How could you explain its impact to new generations?

We are well on our way to exploring – and have visited many interesting sites in our solar system. None seem to harbor life – at least not life like ours. Beyond our solar system are literally billions of worlds – many at least superficially like Earth. Yet we still have no answer to the fundamental questions: Are we alone? Is there intelligent life elsewhere, or any life for that matter? Can we ever visit the nearest star systems for direct study? To answer these questions is the fundamental goal of the Breakthrough Initiatives. The third question – can we go? Is perhaps most significant. If we can send probes to the nearest extra-solar worlds we may be able to answer the other questions. Just as the 20th Century was the time of leaving Earth into our solar system, the 21st Century could mark our entry into the galaxy. Going there is the objective of Breakthrough StarShot.

What are the latest technological – but also political – updates of the project?

We’re concluding our preliminary analysis of the feasibility of using lasers to propel a gram-class “nanocraft” to the nearest star system at 20% the speed of light – 60,000 kilometers per second — Alpha Centauri. Based on work done in 2016 we know there’s at least one Earth-size star in the “habitable zone” of the third star in the system, Proxima Centauri. We expect to begin funded development studies later in 2017 to pursue the laser beamer technology, the starship light-sail technology and the laser communications possibilities from Alpha Centauri back to Earth.

Stephen Hawking, who’s at the origins of the project along with Yuri Milner, thinks that we only have 1,000 years left on Earth. Do you feel the same way? Why?

Experts and thinkers such as Stephen Hawking may well be right on the limited future of humanity on Earth – particularly if we fail to act, to check and reverse negative trends. In my opinion a key aspect of this challenge is to extend human, and Earth-life to other places in our solar system, initially the Moon and Mars. I think that in centuries thereafter we will expand into the galaxy. So, while I share the concerns, I think we have an unlimited future in our solar system and beyond.

You joined the Advisory Board of spaceresources.lu in 2016. Was it one of the projects you followed and thought of joining when you left the NASA?

I have always had a fascination with asteroids and in particular their use for space resources. I pushed these possibilities while at NASA and with Luxembourg. I certainly hoped the project would continue and was delighted when it did – and when I was asked to serve on the Space Resources Advisory Board.

While in charge of the NASA Ames Research Center, you participated in multiple research projects, one of the them being the LIST (Luxembourg Institute of Science and Technology). How would you rate the research level in Luxembourg today?

Luxembourg is in the top rank of global technology nations. The University of Luxembourg and the funding from LIST will keep it there. This is particularly true in the technologies needed to find and assay space resources. Luxembourg is a world leader in this technology. NASA Ames was, and still is, delighted to work with Luxembourg on this project.

Which Mars settlement strategy has your preference and why? Do you think that the Human race will soon live on both planets?

While I do believe we will see human settlements on Mars in several decades, at most, I think its premature to guess whose concepts are best. I do believe, however, that public-private partnerships of the type being discussed in America today, and being pursued by Luxembourg in its Space Resources Initiative are key to human expansion into, and utilization of outer space.

The space world has a very prolific scientific mind/spirit, but also critical and even sometimes fun. According to you, who is the most significant character when it comes to the conquest of space?

It’s very difficult to single out an individual above all others. But my personal choice is Robert Goddard. It was his, often privately funded rocketry work in the early decades of the 20th Century that opened the solar system to us.

Are science and poetry compatible – or even necessary – in the space world?

I believe the search for knowledge and meaning are what make us human. Both poetry and science are aspects of this quest – and both necessary. Indeed, science has a poetry all its own, and written and spoken poetry are perhaps the best way to begin to understand the awesome universe we are in.

Begin typing your search above and press return to search. Press Esc to cancel.