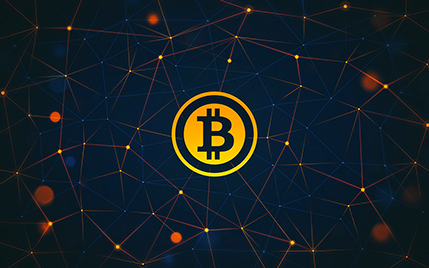 The flagship of digital currency first appeared in the financial landscape less than a decade ago. Last September it officially became a commodity in the US, along with gold, wheat or oil. BEAST asked top-notch Bitcoin experts Patrick Murck and Nicolas Cary about the growing importance of digital currencies among new means of payment. The latter was awarded the European Digital Leader of the Year award during ICT Spring Europe 2015.

According to Nicolas Cary, «Bitcoin allows us to think about money in a completely new context. We spend our entire lives in the pursuit of money. Bitcoin is money for the digital age». The new status of Bitcoin is opening new opportunities for companies and customers: several hundred thousand transactions are happening every day. The digital leader even thinks that «Bitcoin and digital money will shortly reshape and reinvent industries and re-event the way we think about money». Fellow American Bitcoin expert Patrick Murck agrees: «Bitcoin allows smarter payments and creates an unbelievable number of opportunities for the people who wish to build new businesses and services».

A better form of money?

Bitcoin allows people to travel all over the world and make transaction with no fee. The digital currency is easily divisible, fungible and it is impossible to counterfeit. It only makes sense that more and more people start using it. Today, giants like DELL and Microsoft are accepting Bitcoins, and people can make «digital currency donations» to Wikipedia and the American Red Cross. Actually, using Bitcoin is a no-brainer for companies, according to Nicolas Cary: «If you accept payments in Bitcoins, you get 100% of the transaction’s value, while credit card companies take fees. Plus you get the money instantly».

Bitcoin has the opportunity to become the first-ever global and digital platform which will interface with all the devices surrounding us that we use every day. Besides creating a global tool which will eventually eliminate currency frontiers, freedom in payment, security and transparency, it is seducing an increasing number of individuals, companies, and even financial institutions. In October, Luxembourg Finance Minister Pierre Gramegna announced that the first Bitlicence in Europe had been granted to SnapSwap, a company established in Luxembourg. CEO Denis Kiselev could only agree with Murck and Cary and commented on his arrival in Luxembourg: «Our mission is to build innovative financial products that allow consumers and businesses to participate in the global economy by bringing down barriers such as cost, complexity and processing delays».

Sure, Bitcoin is not perfect (yet), volatility is still a big issue, but the more people use it, the more stable digital currency will be. But lately, governments, commerce giants and financial institutions have been backing Bitcoins in an exponential way and the future looks bright for digital currencies.