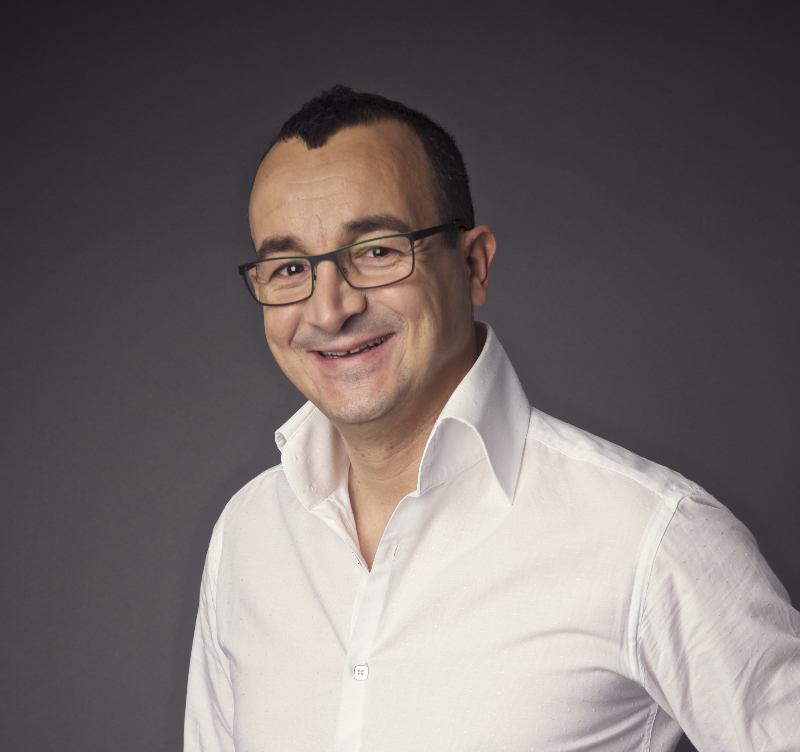 The overall artificial intelligence market is expected to be worth between USD 16.06Bn … and a staggering 153Bn by 2022[1]. The difference is so big that any projection or conclusion is pointless, the complexity to evaluate the market potential of AI market is a direct consequence of the broad meaning of AI. AI is in reality «just» an umbrella term, or like some say a marketing buzz word, that include a lot of sub-fields, ranging from the classic ‘Problem Solving’ to the holy grail of ‘General Intelligence’. Therefore, asking if AI is good for your business is like asking a doctor if medicine is good to heal patients, the answer is «yes» but you won’t get many more details.

In this article, instead of going through a list of technologies and fields that AI covers, I’ve taken an enterprise-centric approach, and imagined how key departments could benefit from this new super-power, today and tomorrow.

The HR department is crucial in every company, they do the single most important thing that make all the rest possible, they hire the people to build the company. Unfortunately, CV mining, office management and other administrative tasks consume most of their time, neglecting the core and critical part of their job; choosing the right people to work in the company and working on their happiness that will lead to performance for the company. The AI field that will help HR the most are Natural Language Processing and Social Intelligence and Machine Learning. With these technologies, HR will smartly automate the identification of ideal candidates, using multiple sources of data such as internet fingerprint, posted CV, social network density and quality and social media activity. AI will also predict future employee performance based on their past performance, company forecast, manager and peers feedback, personal profiling etc. and take over most of the administrative tasks. AI will liberate HR from the paper work, and they will be able to re-focus their time and energy on the Human side of their role. Companies such as EmployInsight rely heavily on data processing and machine learning techniques to identify the best applicant.

A Company like Onfido also uses internet and AI to process background checks more quickly and effectively than ever.

If HR own the first interaction with employee, the Customer Service department owns the other critical first interaction, the one with customer. Its quality can make or break a company. Therefore, being on the top of your game can change the destiny of your company. Here, two fields of AI may generate a decisive advantage; Natural Language Processing and Social Intelligence. With a market expected to grow at a CAGR of more than 37% between 2017 and 2021 according to BusinessWire, Global Chatbot is the flagship of Natural Language Processing. Chatbots combined with Social Intelligence may disrupt the customer service for ever. This technology will allow companies to offer instant and customized responses to any customer on any device at any time Chatbot is a bourgeoning space with multiple actors from very big companies such as Microsoft to startups such as Anboto and Nuance, two promising companies offering a performant Chatbot dedicated to Customer Service.

From Marketing to Financial Scenario Department

There’s a famous quote about Marketing stating «the main problem of marketing campaign is that 50% of their campaign fails, but no one knows which half». Marketing is both a science and an art, but it may definitely turn into a science sooner rather than later. Advanced capabilities such as Machine Learning, Natural Language Processing, applied statistics among other techniques pave the way to a new field called the prescriptive analytics. It goes a step ahead of predictive analytics in the sense that this technology also suggests the best actions to initiate to take advantage of the future as perceived. With this technology in hand, a marketer becomes a man with super-powers, as he will have the power to visualise, make scenarios and act on the future (only concerning their product sales and not the lottery…). The principle is quite simple. Sales output means a direct outcome of millions of inputs (external or internal), and if you have access to this input, with enough power to process it and the right algorithm to learn and refine the model, then you can predict the sales outcome more precisely than ever. An unexpected outcome might be the merge of finance and marketing functions in the near future.

Interested in this field? If you just play it safe, you can try IBM or Nielsen Quick. If you are an investor or an early adopter have a look at Singular Intelligence for their prescriptive analytics solution or Talkwalker for their AI powered solution offering advanced market knowledge.

Does having a robot in your board of director sound like science-fiction? In fact, it has already happened as a robot called Vital was named director by a Hong Kong venture capital in 2014. In 2016, Tieto, a Nordic company also appointed an Artificial Intelligence as a member of the leadership team. The rise of AI in these two cases is largely due to the nature of the companies which are heavily data-driven. The underlying technology for those two AI is prescriptive analytics. But there’s an even bigger jump that may happen, the combination of several AI sub-fields such as prescriptive analytics, NLP, creativity processing, social intelligence and planning all packaged in one will generate what we call «general intelligence», an artificial intelligence able to surpass Humans in all cognitive aspects and able to understand the human impact of the decision.

General Intelligence technology is mostly studied in universities such as Cambridge or MIT but there are two noticeable startups working on a commercially viable General Intelligence solution: the first is KIMERA with Nigel and the second is Maluuba which was recently acquired by Microsoft.

Any technology that can reproduce automatically a human reasoning is by definition Artificial Intelligence in that sense AI can be dated back to the mid-1600 and the first calculating machine. That is why AI is a moving target, what we’ve called today AI will be just simple technology tomorrow. That is also why AI will remain a greenfield world with millions of possibilities but we should not be blurred by the buzzword and trends, we should put the technology aside, think value proposition and reframe our ambition. As a rule of thumb, use the value 10, and force yourself to ask over ambition goals: how can I divide my costs by 10? How can I build this product 10 times faster? How I can multiply my sales by 10? This way of thinking will force the company to put aside the old processes leading to incremental progress and think about disruptive innovation (at organisation, business and technology levels).

Fateh Amroune is the founder of Kemada, a consulting company in digital transformation, and co-founder of Singular Intelligence, an Oxford-based start-up specialized in AI and prescriptive analytics. Serial entrepreneur with over 18 years of experience in software industry and an Oxford graduate in Strategy and Innovation, Fateh is passionate about the impact of technologies on businesses.